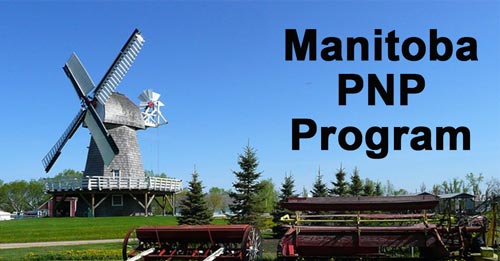 Manitoba PNP Program stands for Manitoba Provincial Nominee Program. this is the provincial express entry system in Canada for pr visa. If a person wants to settle in Manitoba he has to complete the formalities of this program. The MANITOBA PNP for Skilled Workers is in accordance with the needs of Manitoba employers.

Manitoba province of Canada is one of the Prairie Provinces that lies centrally between the Atlantic and the Pacific oceans. The Manitoba province remains surrounded by the Nunavut territory (in the north), By Ontario (in the east), by the Hudson Bay (in the northeast), by the U.S. states of North Dakota, Minnesota (in the south), as well as, by the Saskatchewan (in the west).

Manitoba includes over 100,000 lakes; one of them is Winnipeg Lake, which is amongst one of the largest inland fresh-water bodies in the world. Two-fifth of the land area of the Manitoba province is covered by forest. Winnipeg, Manitoba’s largest city is the capital of the province.

Manitoba province has a mixed economy, an urban inclination, and a multi-ethnic nature. While other parts of western Canada have gone through phases of economic upheavals, Manitoba has maintained a steady progress in their economy without any disruptions or upheavals.

Likewise, the province’s cultural & political standards have significantly neglected the attributes that lead to characterize the western Canadian system. Manitoba introduces usually a dry climate having frequent temperature changes as per changing seasons. Winter temperatures fall down up to a minimum of −40 degrees Fahrenheit (−40 degrees Celsius) and the summer temperatures rise up to 100 degrees Fahrenheit (38 degrees Celsius). Check out the Latest Manitoba Draw for PNP Program.

Agriculture is an important sector of the Manitoban economy. As the agricultural production involves grains significantly for exporting, a considerable market gardening division (to sell cultivated vegetables and flowers) has been created in the lands that define the border of the Assiniboine River, and Red River.

What is Manitoba PNP?

The Manitoba Provincial Nominee Program (MANITOBA PNP) looks out for current graduates, skilled workers, businessmen and their families who have the will and ability to settle and financially establish in Manitoba as permanent residents. MANITOBA PNP makes it easy to immigrate and settle in Manitoba province.

The MANITOBA PNP for Skilled Workers is in accordance with the needs of Manitoba employers. The associated Manitoba employers choose the applicants from overseas, then they train the ones who have all the needed qualities and skills, and eventually, nominate them in order to get Canadian permanent residential visas so that they may get settled permanently to work in Manitoba.

There are two divisions or classifications of Streams:

The renewed Business Investor Stream has substituted the current PNP-B business immigration category. Business Investors’ Stream grants permission to the program for recruiting and nominating the valid overseas business investors as well as entrepreneurs from all over the globe.

These investors must have the potential and intention to begin as well as promote businesses and ongoing projects in Manitoba. They should, however, start this business inside twenty-four months of arrival in Canada on a temporary work permit.  Applicants will not be needed to submit a certain deposit of $100,000 to the government of Manitoba that they needed to do mandatory on previous. Calculate CRS Score for Manitoba PNP Program.

There will be two pathways:

Who is not allowed to apply to the MANITOBA PNP?

The below-described persons aren’t eligible to submit an application to MANITOBA PNP:

Some Very Important Formalities to be fulfilled to garner maximum points for acquiring the Permanent Residency Visa for Manitoba.

Hence, for attaining permanent residency and thereby settling in the Manitoba province of Canada, an applicant should clear all the formalities of Manitoba PNP and acquire the requisite number of points as per the Comprehensive Ranking System to finally make it to Manitoba.

Furthermore, to get a permanent visa for settling in Manitoba the immigrant applicant should be proficient in the English language as English is the language which is basically used predominantly for all formal and informal purposes. Persons of British descent are the maximum in Manitoba as Canada is a part of Commonwealth Nations i.e. Canada like India was earlier governed by the British Government. Hence, the candidates need to appear for International English Language Testing System (IELTS) examinations which test the English language expertise of an applicant.

In this exam, one has to appear in 4 different categories i.e. Reading, Writing, Speaking and Listening. The Band Score is from 0 to 9 and one needs to acquire a minimum Band Score of in the range of 6 to 9 points to get maximum ranking points. This examination is conducted by British Council and in 2017 it was held in 3 million centers throughout the world. An application form with a requisite fee is also required to be filled up. Along with the admission card of the examination, some study materials are sent by the authority and one has to go through the material for proper preparation for the examinations.

Further to get a ticket for finally settling in Manitoba by means of MANITOBA PNP, an Educational Credential Assessment of the candidate is required. The candidate’s degrees, diplomas, and certificates are needed to be authenticated by the World Education Services (WES). This affiliation of the degrees by the WES is done by taking nominal fees from the candidate.

This is All about the Manitoba PNP program. if your are interested for free profile assessment you can fill out our form so our representative will assist your.

We sure some of the point must be left our. Please let me know if you want to know more clarification in any point.Just comment below and we will reach you as soon as possible to answer you queries.