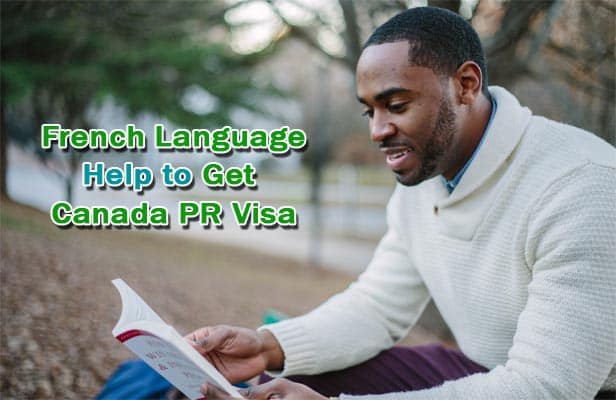 Would learning French help for getting a PR in Canada?

It necessarily requires any foreign national, who wishes to work in Canada or apply for permanent residency, to be fluent in either of these two languages.

By doing so, Canada makes sure that anyone residing permanently or even temporarily in Canada is able to communicate well with the locals and be a part of the community.

There is a huge pool of amazing work opportunities for skilled workers who are proficient in either of these two languages. To be able to work in a Canadian firm or permanently move to Canada, a candidate must possess relevant documents to prove his/her eligibility to listen, speak, read, and write in English, or French.

As per the statistics from Canada’s 2011 Census of Population, roughly 10 million people are able to communicate in French. Of these, at least 7.9 million people speak in French at home on a daily basis. Thus, French is widely popular in Canada.

By being bilingual and possessing the capabilities to interact in both English and French, the applicants increase work opportunities for themselves across all Canadian provinces. Also, there are high chances of the candidate being paid more as compared to his/her counterparts who are good at communicating in English but have not learned French.

According to the recent statistical data, Canadian men who understand both languages earn a 3.8% higher income than those who know English only. Bilingual women also make an additional 6.6% income.

Does the French language give additional points for PR in Canada?

As you would surely know by now, language proficiency in English or French is a vital criterion to clear the Canadian Immigration process. By knowing French Language Help Get Canada PR Visa and candidate can secure additional brownie points in his/her visa application.

Canada has introduced some new programs like the Express Entry Program and some other PNP ( Provincial Nominee Programs) to offer a seamless immigration process to the aspiring candidates.

In these programs, each applicant is awarded certain points called the CRS ( Comprehensive Ranking Scheme) score based on his profile that includes age, academic details, work experience, etc. Only the applicants with the highest CRS scores are sent the ITA i.e. invitation to apply for Canadian PR.

As per the recent update to the Express Entry Program and CRS marking scheme on June 6, 2017, any applicant who is able to showcase competency in the French language is awarded an additional 30 points. Thus, learning French Language Help Get Canada PR Visa and guaranteed to improve your CRS score and hence make it easier for you to get the Canadian PR.

For a candidate to demonstrate proficiency in French, he/she must take the TEF Exam (Test d’évaluation de français). There are two types of TEF exams –

TEF is a widely accepted test across Canada while

TEFAQ is considered valid in the Quebec province of Canada only.

The results from this exam are submitted as French language proficiency proof along with the Express Entry profile of the aspirant.

The people in Quebec are very proud of their language and the French culture and heritage. Being competent in French makes it very easy for the candidate to settle in Quebec. The province has its own laws to protect the status of the French language.

To conclude, learning French Language Help Get Canada PR Visa and knowing how to interact in French has a major advantage on the work visa and permanent residency in Canada. If you still have any queries or want us to evaluate your profile and improve it before you apply for the Canadian PR, please feel free to let us know.